Desember 22, 2019
I have been trying out different 12 speed groupsets on my Polygon Cozmic CX3.0 MTB, just to compare and feel the differences between them.

Finally we move on to the XTR 1x12 speed setup, which should work better than the other two 12 speed groupsets as it is the top of the range MTB groupset from Shimano. Let's try it out and see how it goes. 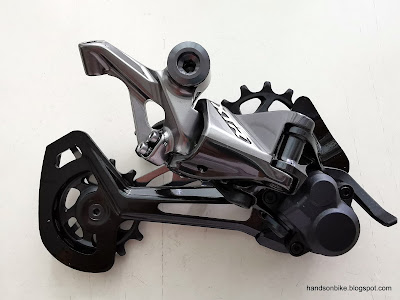 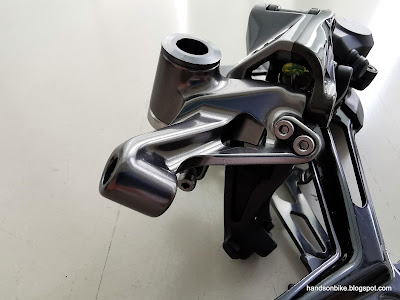 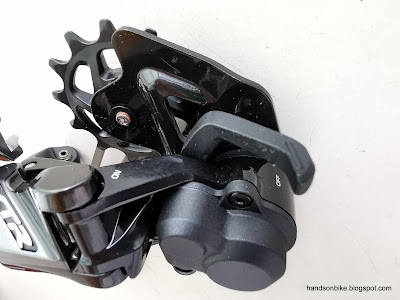 Clutch mechanism, with the lever to turn it on and off. 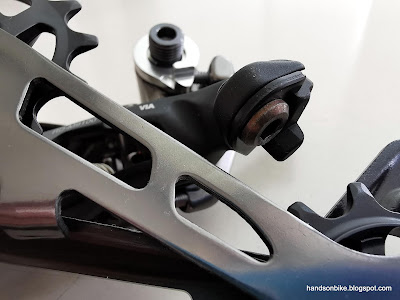 Cable fixing bolt at the inner link of the rear derailleur. 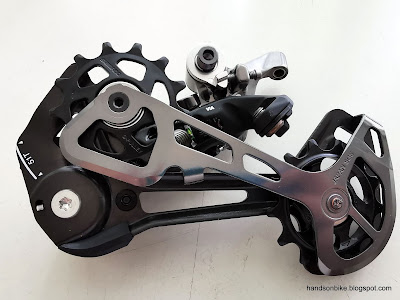 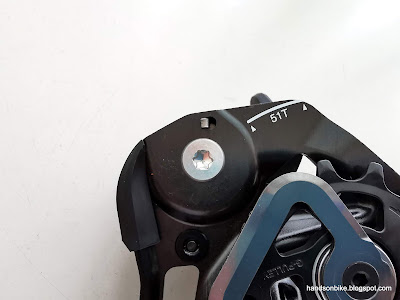 The 51T marking on the cage is useful for adjusting the B-tension, to maintain the correct distance between the sprocket and the guide pulley for optimum shifting performance.
Other than the 12 speed rear derailleur, a 12 speed shifter is also needed. At this point in time (July 2019), only the XTR 12 speed shifter was available, as Deore XT and SLX is not available yet. 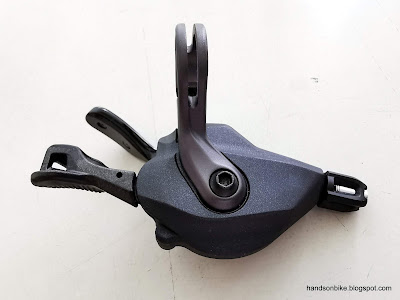 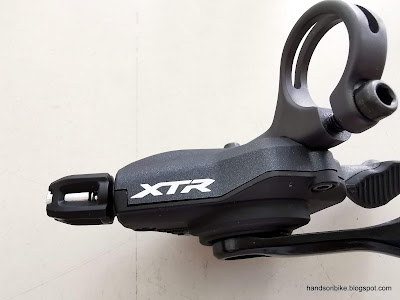 The XTR logo is printed at this location, so that it is visible from the rider's point of view. 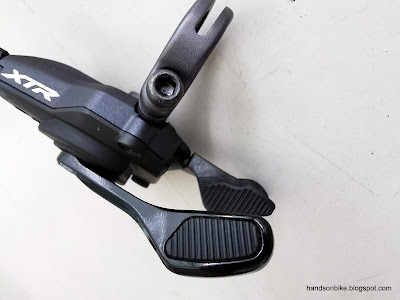 Both the main lever and release lever have a rubber pad for extra grip during shifting. 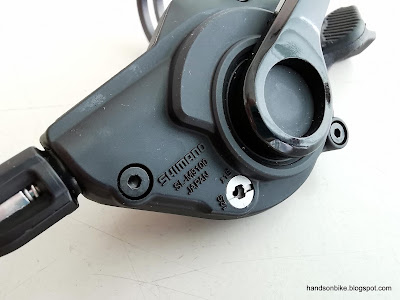 The initial design of this shifter has a switch for the user to select 12 or 11 speeds, as there was going to be a 11 speed cassette as well. However, the 11 speed cassette was later cancelled, and newer shifters no longer have this selector switch. 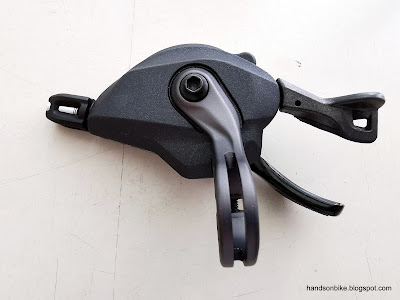 Slim clamp band and ergonomically placed shifting levers.
This time, I will only be changing the rear derailleur and shifter, while still using the 12 speed 11-50T S-Ride cassette and 12 speed YBN chain from the S-Ride groupset. This is because I am not able to use the 10-51T Shimano cassette, as a new Microspline freehub is needed.

At the same time, I decided to change to a new flat handlebar on the MTB, since I am changing out the shifter as well. This is a slightly wider handlebar that will improve the control on off-road trails. 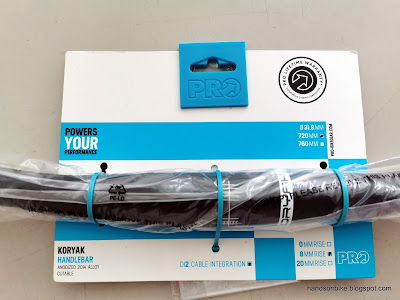 PRO Koryak aluminium handlebar, with 720 mm width and a slight 8 mm of rise. 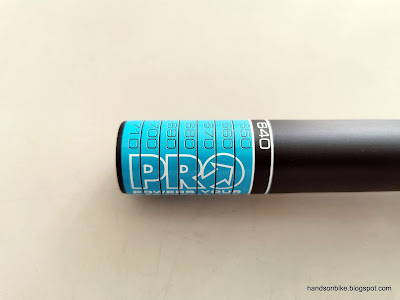 The guide lines for cutting the handlebar, if you need to shorten it. 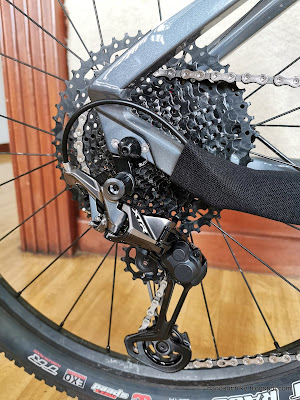 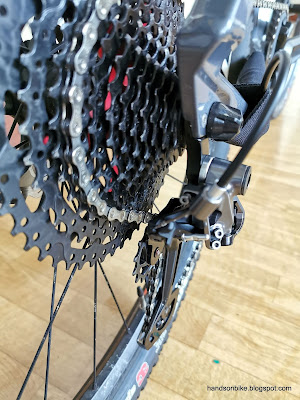 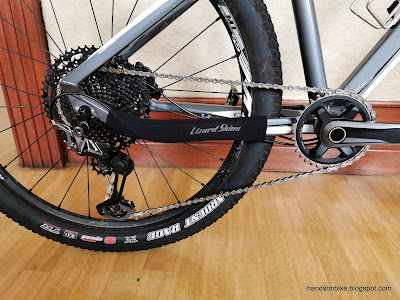 12 speed drivetrain! Front crankset is the SLX FC-M7000 with a 34T chain ring. As you can see the drivetrain is a mish-mash of parts from different brands and grades. 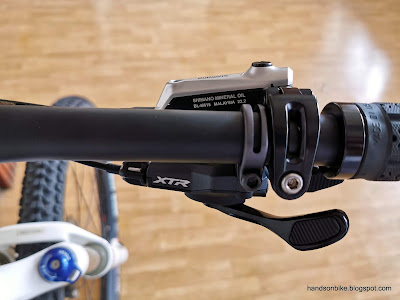 XTR 12 speed shifter installed, with the logo visible from the rider's point of view. 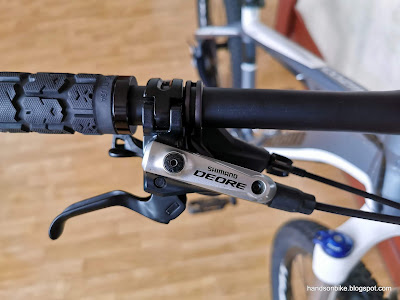 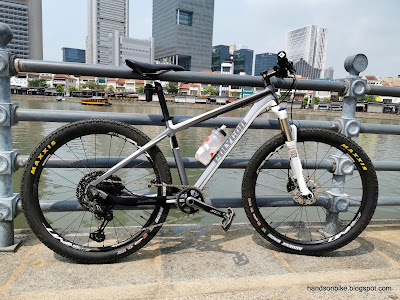 A picture of the MTB outside, while testing the new 12 speed setup. 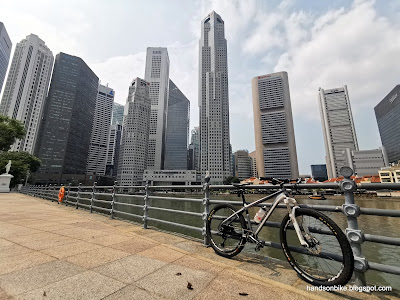 Nice scenery of the CBD area, while along the Singapore River. 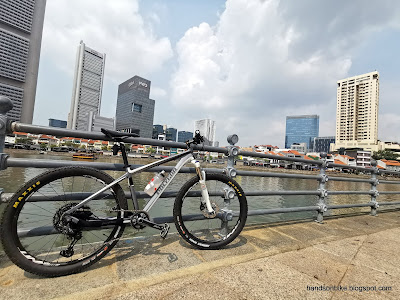 Another view of the bike.
The XTR 12 speed shifter and rear derailleur works well, but it will still mis-shift sometimes, I think due to the S-Ride cassette. The spacing between the sprockets does not seem to match the movement of the rear derailleur fully, as it is not a Shimano 12 speed MTB cassette. 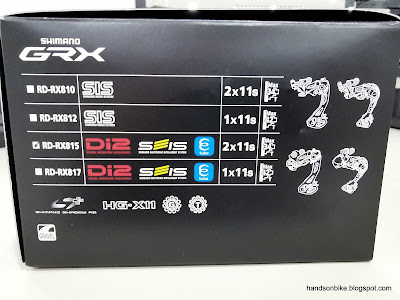 The 4 types of GRX rear derailleurs available.
I am using the GRX RD-RX815 Di2 rear derailleur on my Canyon Endurace for gravel riding, and you can read all about it here. Let me just explain briefly what are the differences between these rear derailleurs.

On the other hand, the 2x11 speed spec is quite similar to road rear derailleurs, like the Ultegra RD-R8050. It has a longer cage to cat…
Baca selengkapnya