Oktober 08, 2019
The main purpose of this Bike Friday Haul-A-Day cargo bike is to bring my kid around, therefore a few other accessories are needed to make it child friendly. If it is just for hauling cargo, a different set of accessories will be needed.

These additional accessories are available from Bike Friday as a Younger Rider upgrade package, to make it easier to get what you need. I think it is also slightly cheaper if you get it as a package, instead of getting the parts ala carte style. 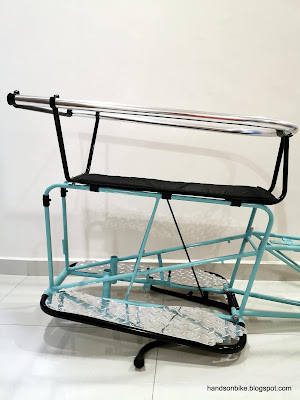 When I collected the frameset from MyBikeShop, they have already pre-installed the wraparound bars and the foot rests. 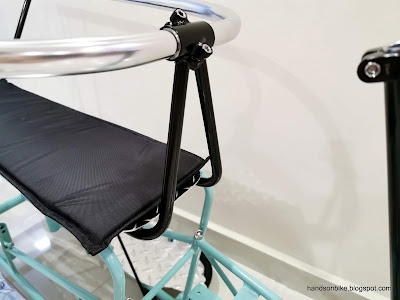 At the front of the wraparound bar, it is connected to the frame via this connecting bar. 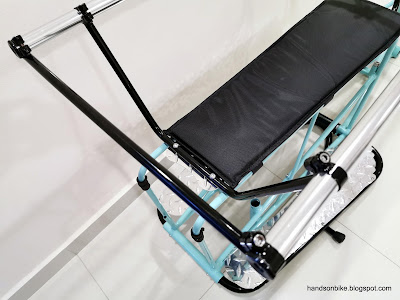 At the rear, there is another bar that joins the ends of the wraparound bar to the frame, plus another cross bar that links the left side to the right side. This additional bar prevents the child from falling off the back of the bike. 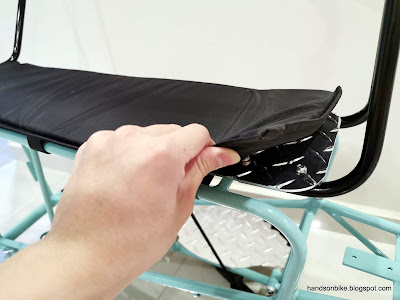 Underneath the cushion is a metal plate, industrial style. Here is how it looks with the cushion removed. Not comfortable to sit on though. 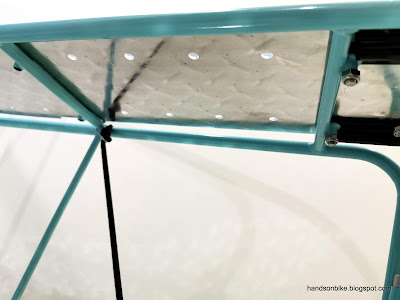 The metal plate is fixed to the frame via a few nuts a bolts. There are many additional holes on the metal plate for adding other accessories if necessary. 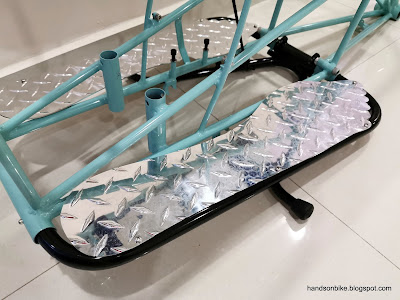 The foot rests are big, and there is one on either side. 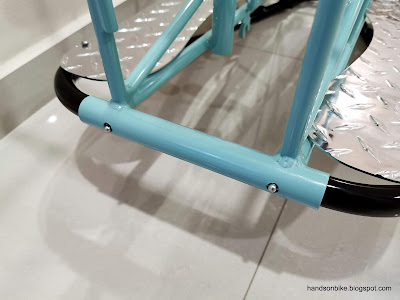 The foot rests are not fixed to the frame via any bolts, just via spring loaded knobs. 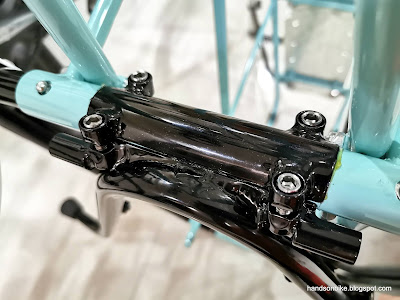 A strong kickstand is also necessary to load and unload the child safely. This unique kickstand wraps and rotates around the frame itself, so it is very strong. The bolts cannot be tightened fully or it will not rotate. 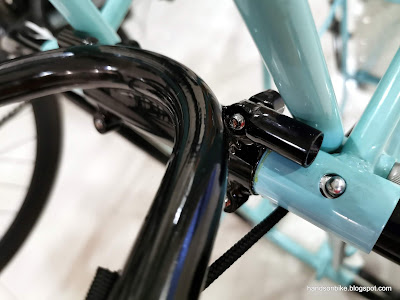 The black stopper of the kickstand rests against the frame when extended, making it very stable. 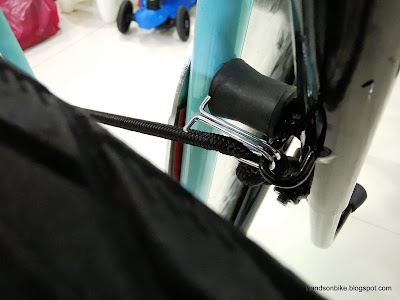 There is a bungee cord that retracts the kickstand, but it slips off the kickstand easily. I added a metal hook to hold it more securely. 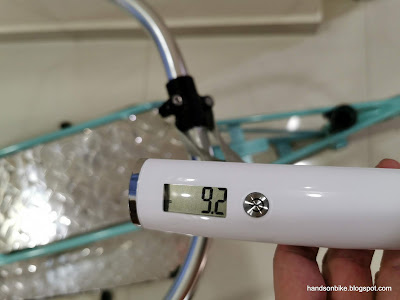 The whole rear half of the frame, including all the accessories, weighs a massive 9.2 kg. This is heavier than many full bikes! 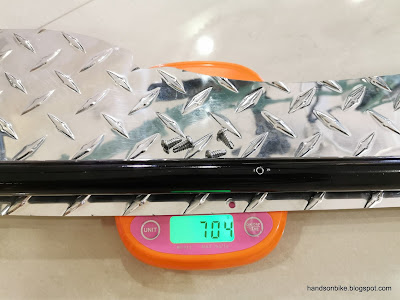 The foot rests are not needed now, as the child cannot reach it anyway. I removed them to save weight and also reduce the bike's width. 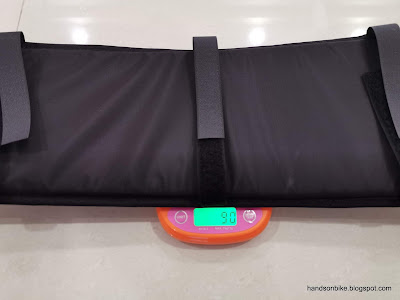 The cushion is also part of the package, designed to fit the metal plate perfectly. 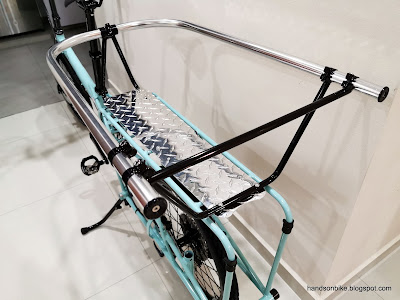 Another view of the frame from the rear. 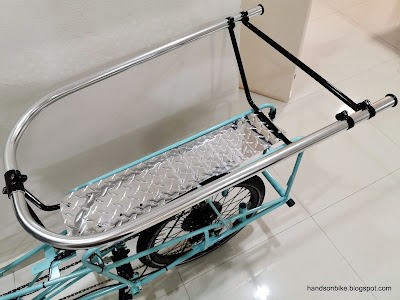 Enough space to seat two to three kids!
The package includes the wraparound bars, the supporting black bars, the metal plate, the cushion and also the foot rests. The side bags are also included but are not shown here. The kick stand is not part of the package but it is necessary for parking the bike and also for stability during load and unloading.