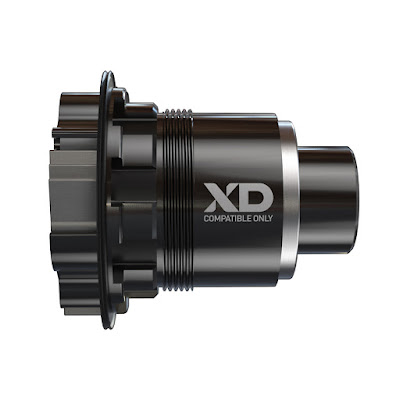 When 10 speed drivetrains appeared, it also came with wider range cassettes such as 11-36T. This enabled a front double system to achieve a similar gear range as traditional front triple systems.

After that, 11 speed MTB drivetrains were created by SRAM, which had a massive cassette range of 10-42T, which is a 420% range just from the cassette alone. That meant a front single drivetrain is usually sufficient, except for really low gears or really high gears. If you really want a 2x11 speed…
Posting Komentar
Baca selengkapnya 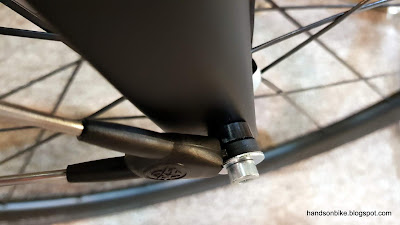 In this final part of the Fabike C3 bike build, I put on the finishing touches to make this bike a proper all-weather commuting bike. It already has the weather-proof Alfine 11 Di2 internal hub, Gates belt drive, hydraulic disc brakes, and the final component to make it fully weather-proof is a good set of mudguards.

Prior to installing the SKS Bluemels mudguards, it actually looks just like a normal road bike, as the geometry is similar. As already mentioned in the earlier post, these new version of mudguards have a much friendlier mounting method, as it is easier to adjust.

Fixing the mudguard stays to the front fork mounting point. Added 1 spacer to prevent the plastic portion from touching the carbon fork. A longer bolt (supplied) is needed.
As the tightening nut is on the outside, it is easy to adjust and tighten the nut, before measuring and cutting the metal stays.
The top part of the metal piece was filed away, from round to flat, to allow the front mudguard to be mounted higher f…
Posting Komentar
Baca selengkapnya
Postingan lainnya