Agustus 01, 2018
As previously stated, I was not pleased with the braking performance in stock condition. First, the stroke was too short, and there is no free play before the brake activated. Also, there was a lot of resistance when I pulled the brake lever. This is probably due to the friction of the inner cable with the outer casing. 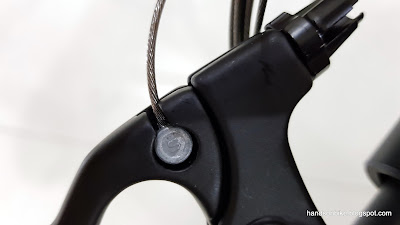 Cast head of the new Shimano brake inner cable could not fit into the slot on the brake lever. Even though it can go into the hole, it cannot be rotated to exit at the cable adjust. 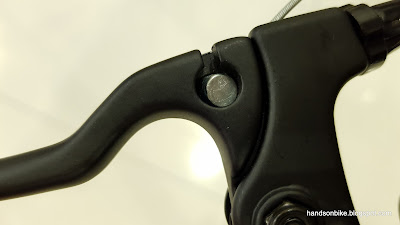 Original brake inner cable cast head can be inserted and rotated to fit into the slot. 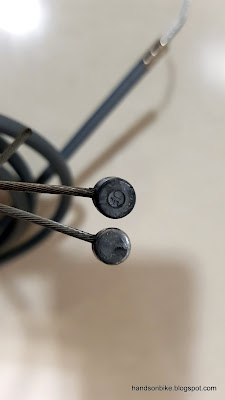 Upon comparison, I found that the original brake cable cast head is smaller than the standard size! No wonder it could fit while the new one could not.
At this point, I could not go back to the original setup, since I had already cut the original inner cable. My only choice is to change the brake lever, so that I can use it with the new brake inner cable. 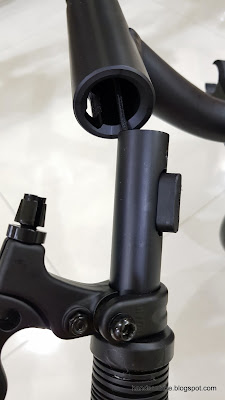 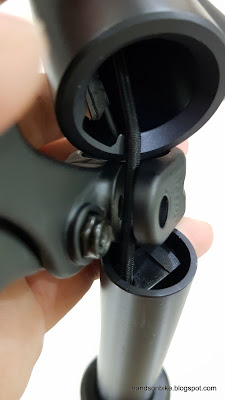 Remove the clamp bolt from the brake lever, and the elastic band can pass through the slot on the clamp band!
Upon studying the stock brake lever, I found one of the reason why the stock brake feeling was so lousy, with so much friction. If you look at the picture below, see how the lever stays in that position, even though there is a return spring that is supposed to return the lever to its original position. That shows how much friction there is, and how inefficient that pivot is. In retrospect, I am glad that the new inner cable did not fit this stock brake lever, as this gave me a chance to discover this problem and change out the problematic brake lever. 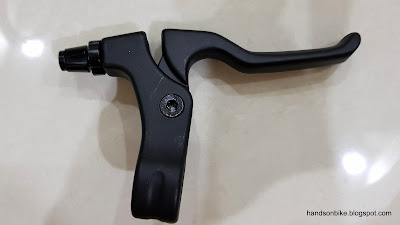 Lever is stuck in this position, even though the return spring is supposed to push it back to the default position. That shows how much friction there is. 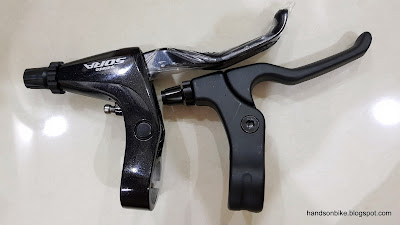 The Sora brake lever is black in colour, which matches the handlebar well. Also, the cable hook is located at the "caliper brake" setting which is closer to the lever ratio of the original brake lever. 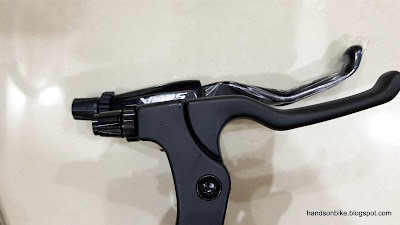 New brake lever sticks out a bit more, but nothing to be concerned about.
Once the inner cable and outer casing is routed through the frame, the final part is to clamp the inner cable to the rear brake mechanism. This turned out to be the most troublesome part of the modification.

I first tried to clamp the new inner cable while the rear wheel was in place, but this proved to be impossible as the rear wheel prevents the brake shoe from opening up far enough to secure the clamp.

In the end I had to remove the rear wheel to clamp the brake cable onto the brake shoe. 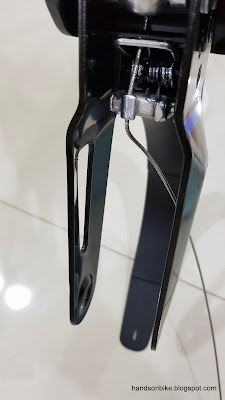 With the rear wheel removed, the clamping mechanism can be accessed more easily for securing the inner cable. 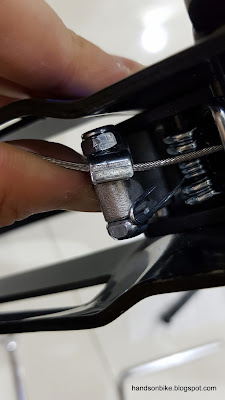 As you can see, clamping the inner cable requires aligning the inner cable under the clamp plate, while tightening the nuts using two wrenches. Quite a tricky job as the space is also very tight.
After securing, I found that there was a clicking sound whenever I pressed the brakes. After studying it in detail, I found that this was caused by the open end of the spring coil sliding along the brake shoe. The solution is to bend the spring coil slightly, and to apply some grease to stop the clicking sound. 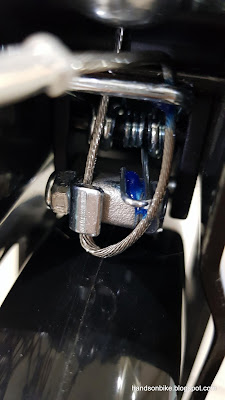 Applying grease to the sliding areas to minimize the friction generated during braking. 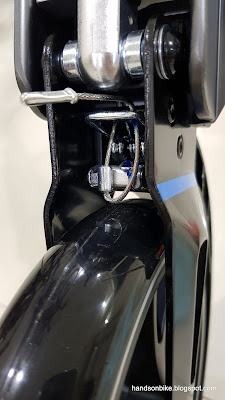 Finally, the end of the inner cable has to be hooked somewhere to prevent it from touching other areas. You cannot leave it too short, or you cannot tuck it in. Too long and it will protrude out too far. 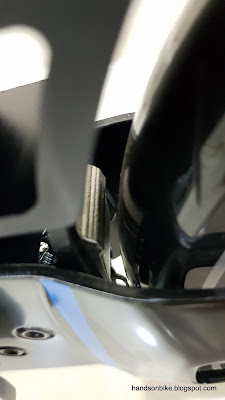 Final setup with a good spacing between the silver brake shoe and the surface of the rear wheel. This creates the brake lever free play that will allow better control. 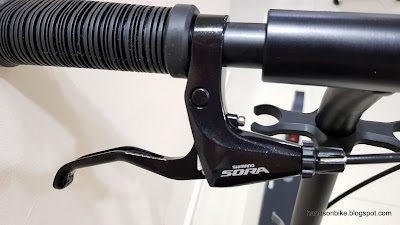 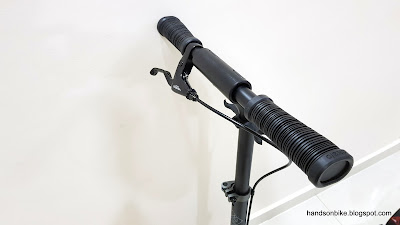 Overall view of the handlebar 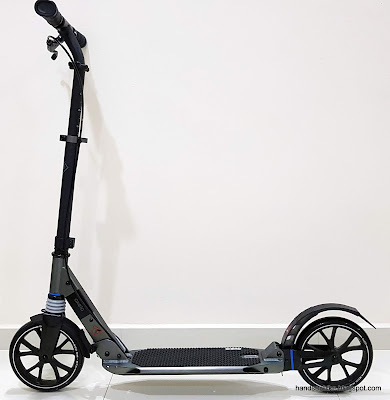 View of the whole kick scooter. Note that the optional kickstand has been removed due to a design issue, as described below.
With the new brake lever setup, the whole braking feeling and performance has been greatly improved! Not only is the brake feeling much smoother, it is more efficient and effective. What I changed was the brake lever, inner cable and outer casing.

That said, there are limitations as to the effectiveness of the brakes. When going fast or downhill, the brakes are only enough to slow you down, but not stop you completely.