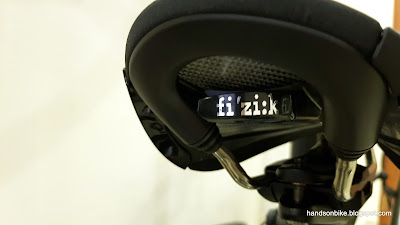 The Canyon Endurace came with a Fizik Aliante R3 saddle, which is the first Fizik saddle that I ever had. What is special about some Fizik saddles is that it has an integrated rear light mount under the saddle. This means that some compatible rear lights can be installed under the saddle neatly.

Cateye saddle bracket that is used to mount a Cateye rear light to a Fizik saddle.
It comes with two different sized brackets as different rear lights and saddle will require different bracket lengths to work. 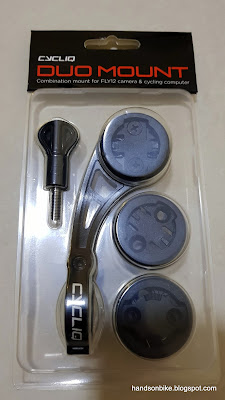 When I ordered the Cycliq Fly 6 CE, I received a free Cycliq Duo Mount as I was one of those who made the pre-order. It was a nice surprise as I did not know that when I placed the order. Also, the mount is apparently quite expensive so it was a good offset from the price of the Fly 6 CE.
The funny thing is that this Cycliq Duo Mount was shipped separately from the Fly 6 CE, and it actually arrived before the Fly 6 CE! When I first received it, it looked just like any other ordinary combination mount, which I already have a few.
Almost all combination mounts have an interface on top for a Garmin cycle computer, while the bottom side has a GoPro type of mounting for your camera. This is good enough if you are using a Garmin on top and a GoPro or similar camera. However, what happens if you are using a Cateye cycle computer instead?
I found that there are actually a few different adapters for the top mount, so that you can install different cycle computers on it. Other than the most common…
Posting Komentar
Baca selengkapnya
Postingan lainnya