Desember 21, 2017
After successfully modifying the 11 speed 11-32T cassette and the Ultegra Di2 rear derailleur, the only component remaining that needs to be prepared is the front single crankset.

The Dahon MuEX currently has a 2x10 speed drivetrain, and it is using the Ultegra 6700 53/39T crankset that is designed for 2x10 speed. Converting it to a single chainring is easy, as I will just need to get a narrow wide chainring that has a 130mm BCD to fit the crank arm. 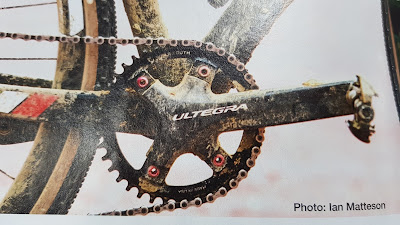 Picture taken from a magazine. Looks good!
What I will require will be a narrow wide chainring, to replace the double chainrings on the Ultegra 6800 crankset. As previously tested successfully, the Wolf Tooth narrow wide chainring is an excellent choice. The 4 arm design of the chainring matches the 4 arm crankset quite nicely, while the narrow wide teeth design eliminates chain drop issues.

For this bike, I decided to go with a 48T chainring, which will give me a similar gear range as the 2x10 speed setup when used with the 11-32T cassette. This chainring size was not available in the Shimano road 4 arm design until recently, which was what allowed this project to proceed. 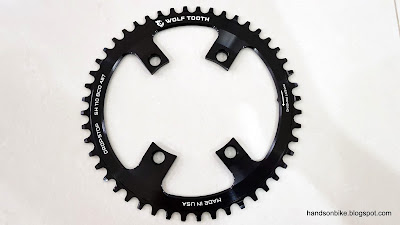 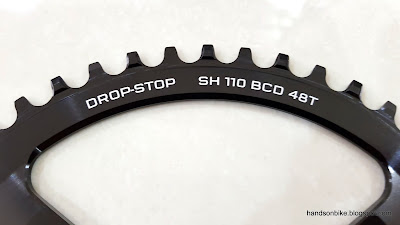 Specifications laser marked onto the chainring for easy identification 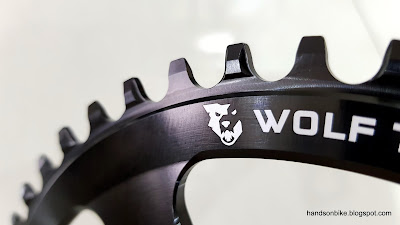 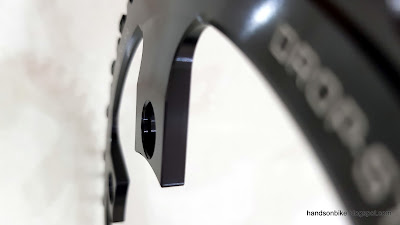 Thicker chainring bolt mounting area to allow the bolt head to be recessed, while also improving appearance with the crankarm. 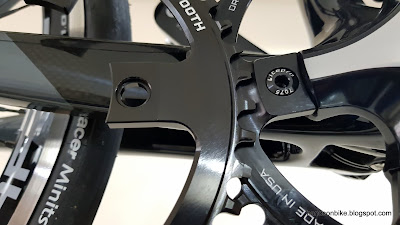 Slight appearance difference with the older 44T chainring, as there is no step but instead has a smooth transition between the hole and the teeth area. 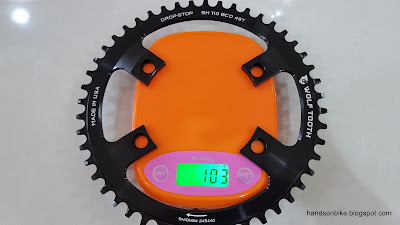 Weighs 103 grams. Not much lighter compared to the Hollowglide chainring. 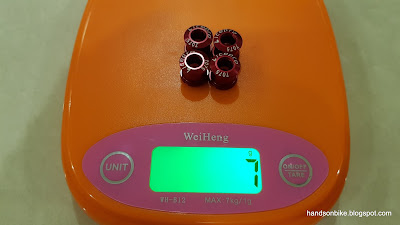 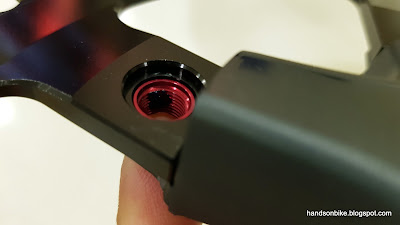 Perfect chainring nut length. Just below the flat surface where the bolt head will rest on. A little grease helps to prevent the threads from seizing. 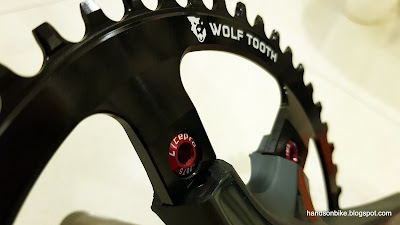 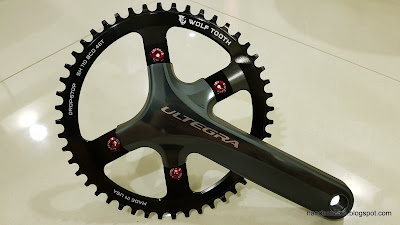 Looks super good! Black chainring on the dark grey crankarm, with red chainring bolts to match the other red highlights on the Dahon MuEX setup. 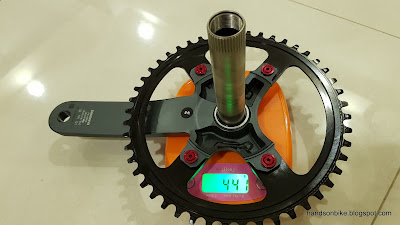 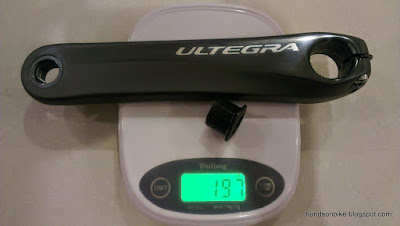 No change to the left side crankarm, weighs 197 grams including the plastic crank arm fixing bolt.
This gives a total crankset weight of 638 grams, which is an average weight for a front single crankset. There are lighter setups out there, some of which may actually be cheaper, such as those from LitePro or Ridea. However, I still prefer to use the Ultegra crankset to match the Ultegra rear derailleur.

Since all the 3 key components have been prepared (11-32T cassette, Ultegra Di2 rear derailleur, 48T front single crankset), the next step would be to install all these components onto the Dahon MuEX. Check out the details of the installation in the next blog post!
11 speed Crankset Dahon Di2 MuEX Shimano Ultegra Wolftooth